As a Year 11 student at Wetherby High School Horia plays a leading role in the school community. In recent years, Horia has been a part of two youth organisations, the Infinity Centre and Shantona, which are both placed at the heart of her local community in Harehills. Playing an active role in supporting both of these organisations in the work that they are doing to prevent violence and anti-social behaviour.

Being particularly active on the issues of “Knife Crime” and “Domestic Violence” in Leeds and West Yorkshire, her activism has been so successful that she was invited to deliver an address to the Lord Mayor of Leeds on the topic of Knife Crime in Leeds on behalf of the Infinity Centre.

Horia also volunteers with a youth group that provides a safe space for children who are victims of domestic violence, working to ensure their future safety.

This selfless work for the vulnerable in her local community has seen Horia become a real advocate for social justice in our society.

We are extremely proud that Horia has been recognised with such a prestigious award for her achievements within her local community. 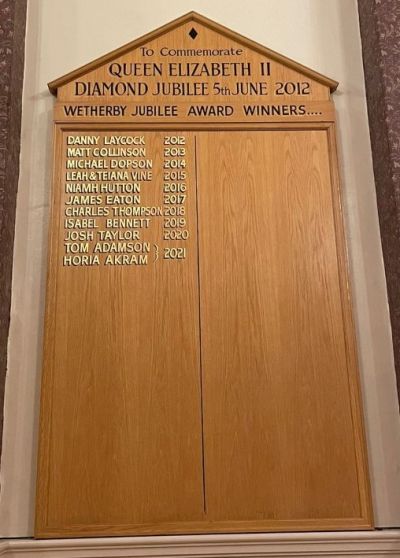 We use cookies on our website to give you the most relevant experience by remembering your preferences and repeat visits. By clicking “Accept All”, you consent to the use of ALL the cookies. However, you may visit "Cookie Settings" to provide a controlled consent.
Cookie SettingsAccept All
Manage consent

This website uses cookies to improve your experience while you navigate through the website. Out of these, the cookies that are categorized as necessary are stored on your browser as they are essential for the working of basic functionalities of the website. We also use third-party cookies that help us analyze and understand how you use this website. These cookies will be stored in your browser only with your consent. You also have the option to opt-out of these cookies. But opting out of some of these cookies may affect your browsing experience.
Necessary Always Enabled
Necessary cookies are absolutely essential for the website to function properly. These cookies ensure basic functionalities and security features of the website, anonymously.
Functional
Functional cookies help to perform certain functionalities like sharing the content of the website on social media platforms, collect feedbacks, and other third-party features.
Performance
Performance cookies are used to understand and analyze the key performance indexes of the website which helps in delivering a better user experience for the visitors.
Analytics
Analytical cookies are used to understand how visitors interact with the website. These cookies help provide information on metrics the number of visitors, bounce rate, traffic source, etc.
Advertisement
Advertisement cookies are used to provide visitors with relevant ads and marketing campaigns. These cookies track visitors across websites and collect information to provide customized ads.
Others
Other uncategorized cookies are those that are being analyzed and have not been classified into a category as yet.
SAVE & ACCEPT
Go to Top