Cindy is a professional linguist and has used her skills in both business and education. She has lived in Wetherby for over 40 years and is involved in the community in a variety of roles. She has been a Town Councillor for 12 years and was Town Mayor in 2010/12. She loves travelling, reading, listening to music and entertaining her 4 grandchildren. Paul worked in Leeds schools for almost 40 years and was Assistant Head at a Leeds High School when he retired 5 years ago. His main focus has always been on students with a range of needs who have required support. At both a strategic and day-to-day level, his aim was always to improve inclusion opportunities within a school. 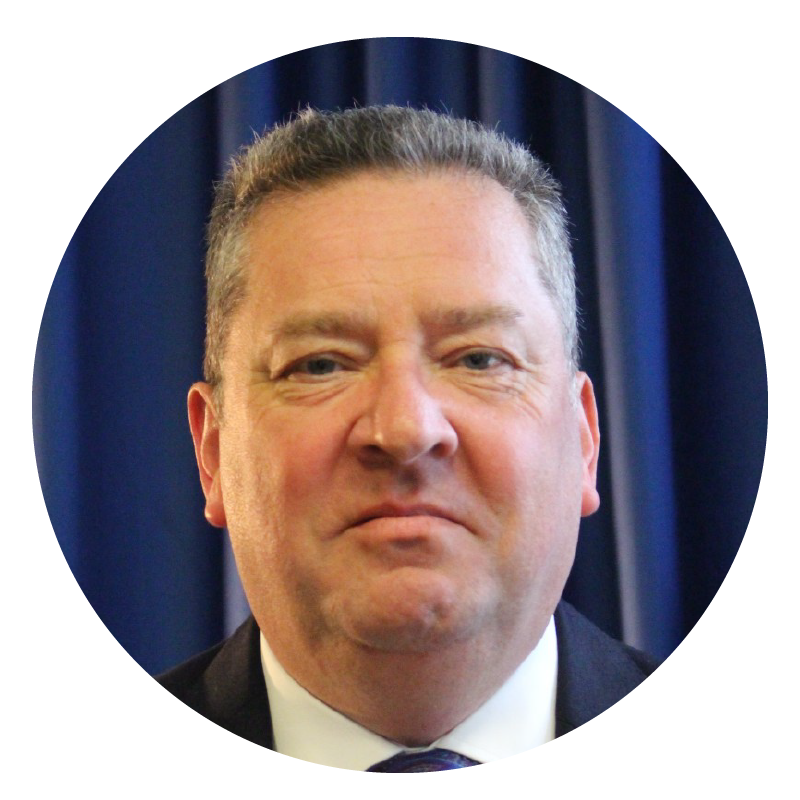 Neil is a former senior detective police officer who now deals with safeguarding issues on a daily basis as an officer within Leeds City Council. He was nominated as the lead Governor for safeguarding with responsibility for ensuring the safety of all of our children in school. He takes these duties very seriously, working closely with staff and other Governors to make our school a safe environment in which children can learn and develop. 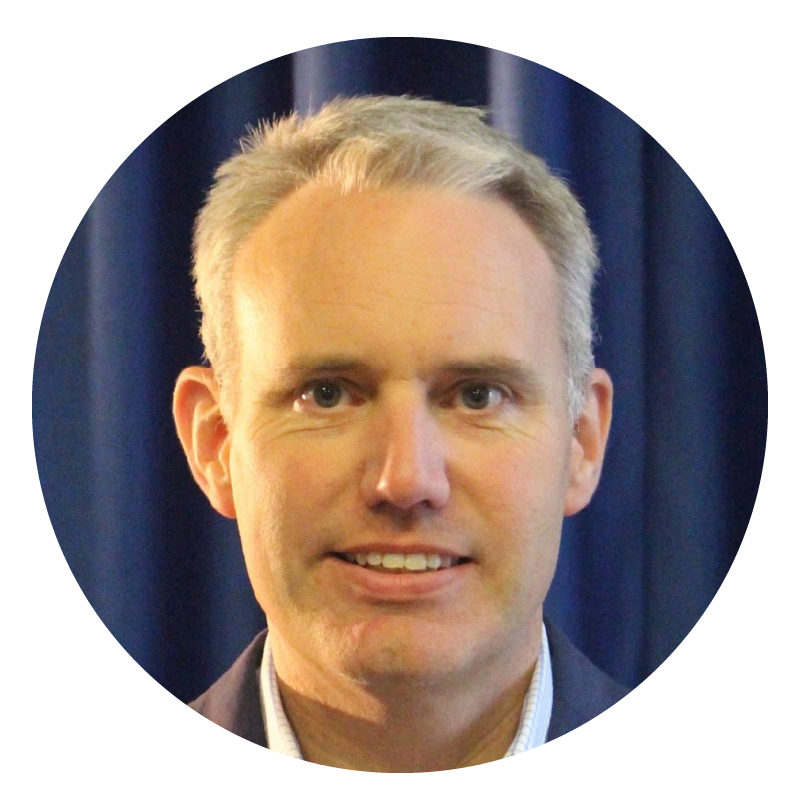 John is a Senior Programme Manager, experienced in leading complex change and business transformations for financial services and utility businesses.  He is a former Chartered Electronics Engineer and has spent 18 years in the Territorial Royal Engineers, achieving the rank of Major.  John enjoys walking, rowing and exercising at the gym.  Both of his children attended our school. 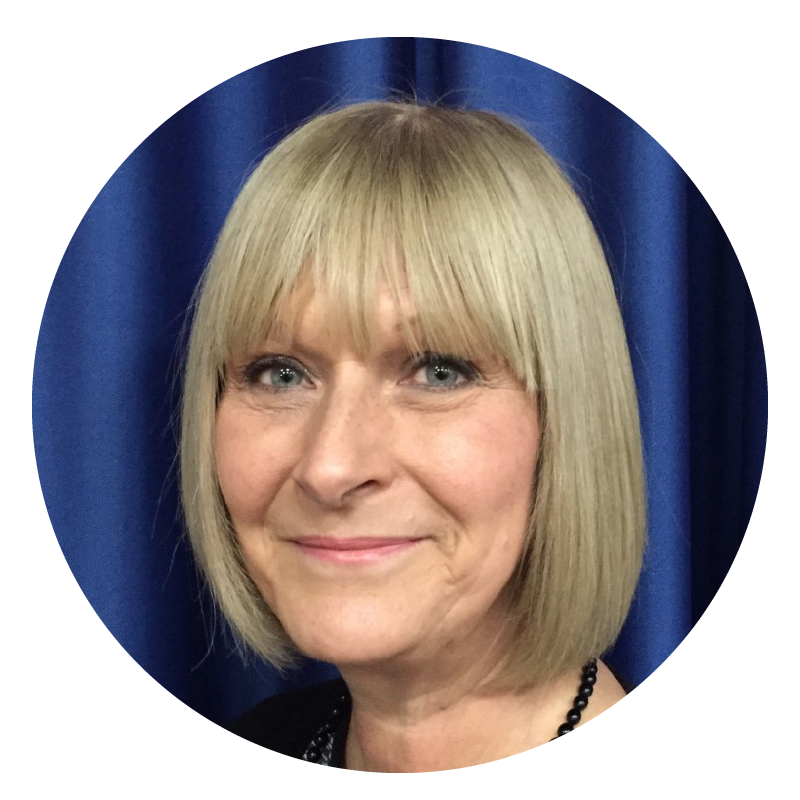 After choosing not to go to University, Denise worked for Grattan in Bradford and the Yorvik Viking Centre in York. In 1987, she set up her own business, which she still runs with her husband, supplying business gifts and souvenirs country-wide. She has lived in Wetherby for over 30 years, has two children, one of whom teaches in Leeds. Denise is currently Vice-Chair of Wetherby Business Association, a Parish Councillor and a member of the Welcome to Wetherby team. 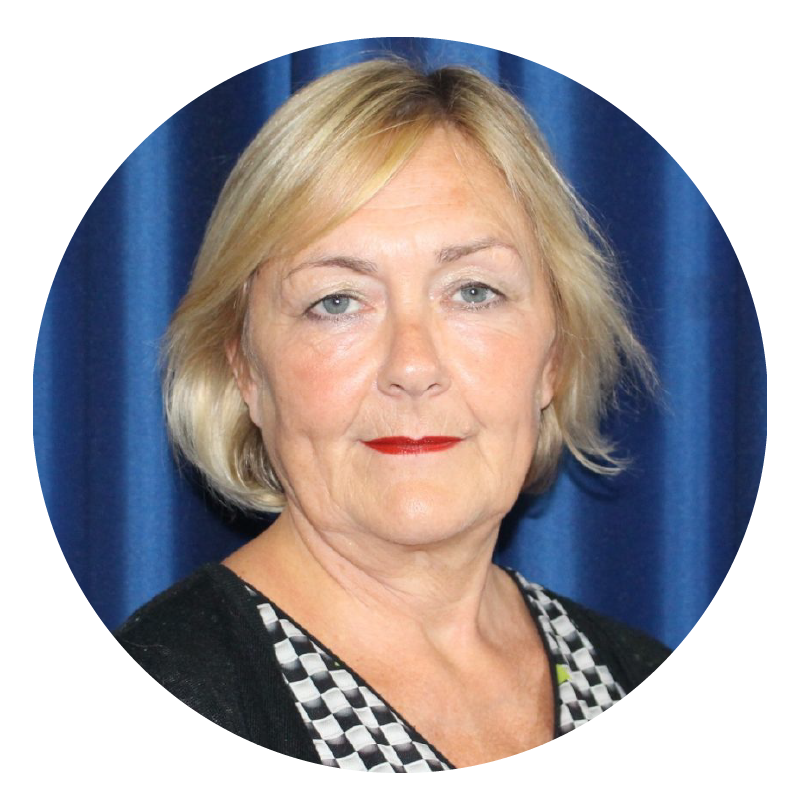 Sandra was appointed to the headship of Crossley Street Primary School in 2003 after working at several inner city Leeds schools prior to this. She is proud to have led Crossley Street through many changes which resulted in an outstanding judgement being made by Ofsted after their most recent inspection. She is committed to the Wetherby community and to everyone who lives and works here and believes that all the local schools have a vital role to play within that community. She shares the vision of Wetherby schools working together to provide a first class education across all age groups and will promote this were ever she can. 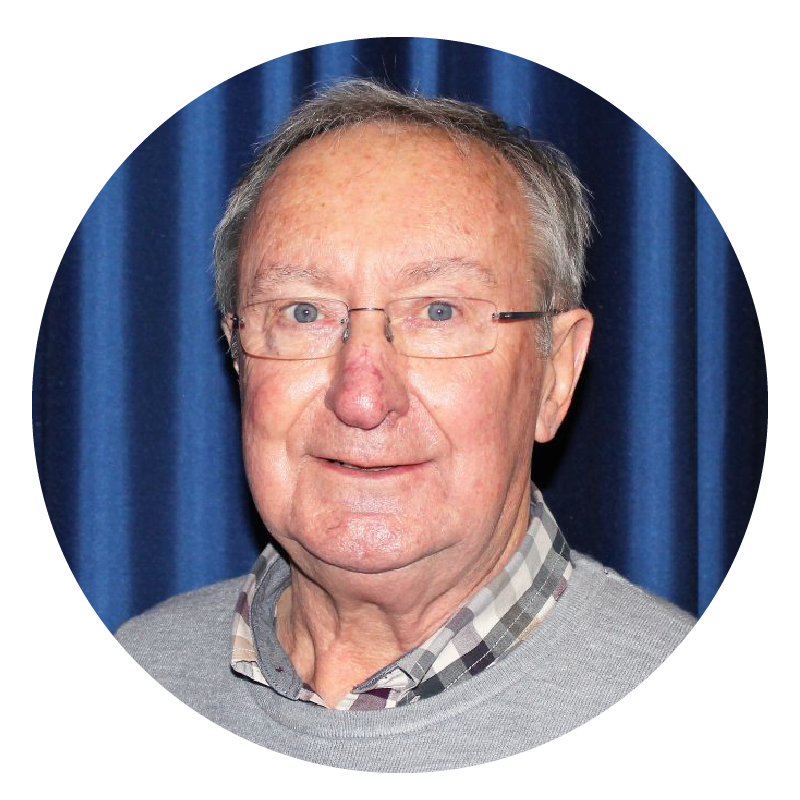 Educated at The Grammar School, Burton on Trent and New College, Oxford where he read for a degree in Metallurgy and the Science of Materials, Mike has spent half his working life in private industry, principally at director level and the other half working for The Open University from where he retired in 2010. He gained a BSc degree in Maths and Computing and also a Master’s Degree in Business Administration whilst with The Open University. He was Chairman of Wetherby and District University of the Third Age last year and is also non-executive Chairman of a small electronics manufacturing company. He has lived in Wetherby with his wife and family for 40 years. 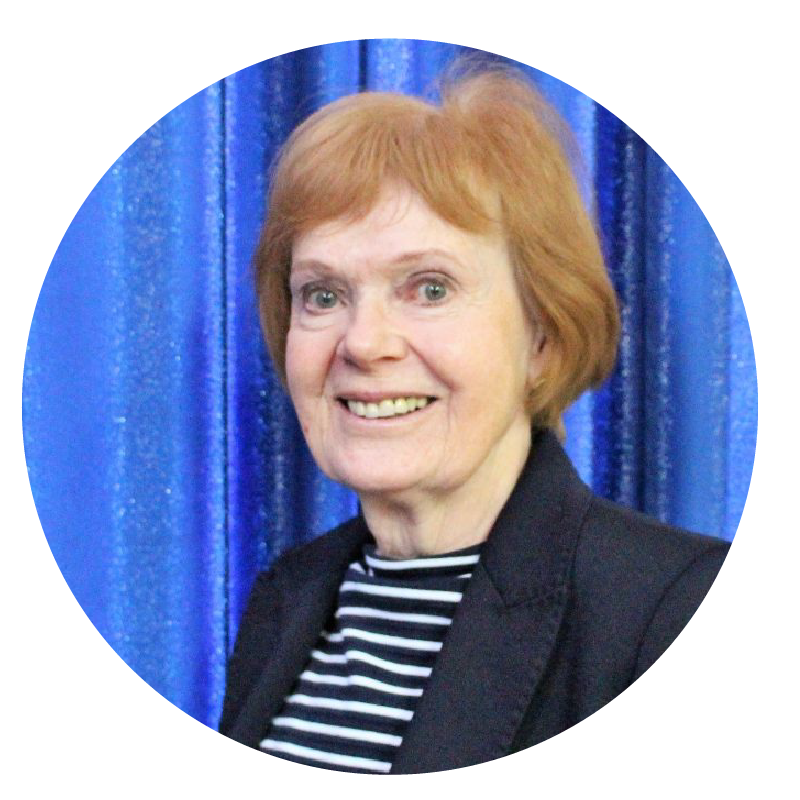 From a career which has involved being a Registrar for Further Education and Assistant to the Diocesan Director of Education I am currently the Lay Pastor for Wetherby and Collingham Methodist Churches. At national level I am a member of the Strategy and Resources Committee and their representative on Methodist Council. As a member of Soroptimist International of Harrogate and District I am a keen supporter of initiatives which involve social justice issues both locally and internationally and in enabling young people to fulfil their potential in whatever sphere they choose. I am currently acting as a mentor to a graduate as they seek experiences that will help them in their chosen career path. I love walking, the theatre and having fun. Malcolm was a former teacher and Deputy Head until his retirement. Malcolm has been involved in the local community as a Parish Councillor and as past President of the Rotary Club. He is a keen sportsman with an interest in rugby and golf and was Captain of the local golf club last year. He lives in Wetherby with his wife and they have three daughters. 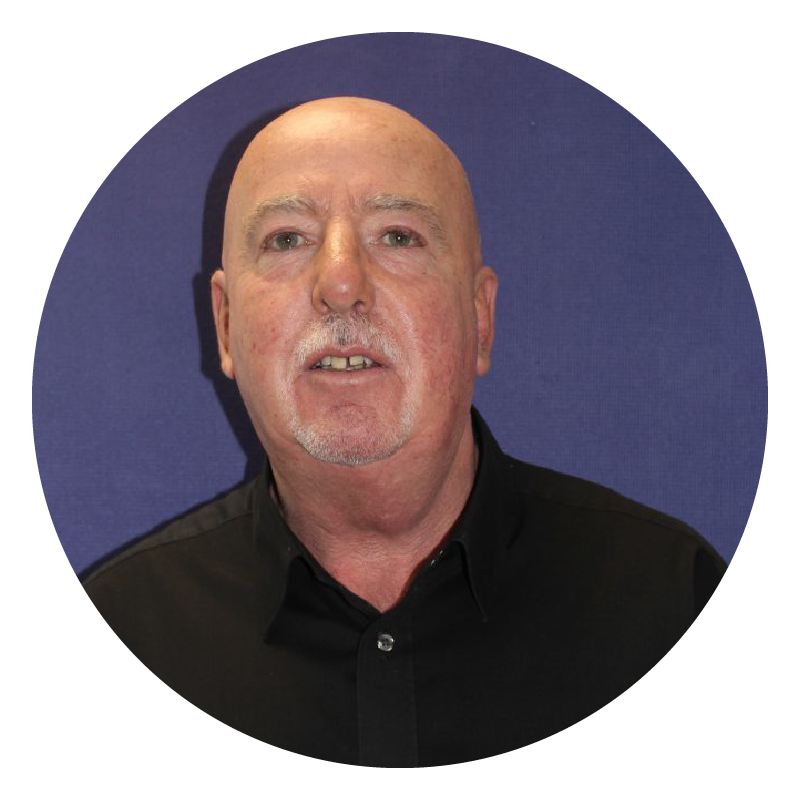 I have worked in the Education sector for 35 years with many roles and responsibilities. These include teaching in Secondary Schools, serving as a governor in a York Primary School and providing strategic leadership to Local Authorities, with a particular focus on learning outside of the classroom and in different learning environments. I have worked closely with the DfE and worked on a number of central Government initiatives namely out of school hours learning, extended schools and services and more latterly, before my retirement in August 2014, developed the Cultural Learning offer to all schools in Leeds. This included developing access for all children and young people to Music, Physical Education and the Arts. I now hold a part-time position with Morrisons, Wetherby, looking after all the Community affairs, this involves working closely with local /national charities and local community groups. 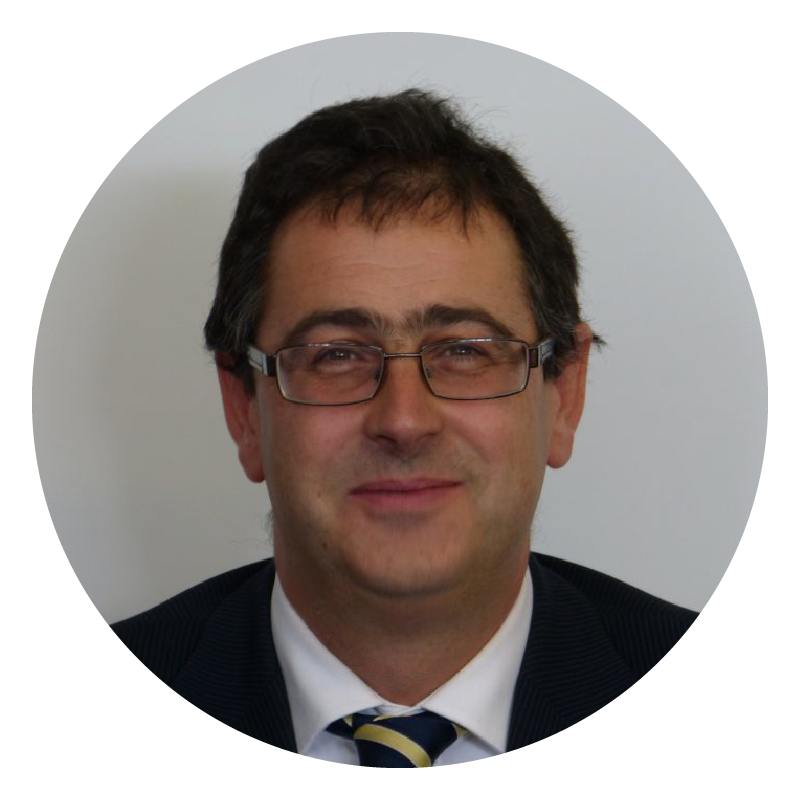 I started at Wetherby High School in 2002 and am currently Academic Manager responsible for assessment and examinations in school. I also teach Economics and Business Studies. I am proud to be associated with the school and look forward to contributing towards its future success. In my free time I am a keen golfer and enjoy travelling. I have been a parent governor previously at my daughters’ Primary School some years ago – they are a little older now and are both graduates of De Monfort University and work in Fashion Design and Marketing. Mark has spent his working life in business, initially within the corporate world in various sales and managerial roles before then opening his own business in 1997. In 2001 Mark and his wife opened their first Bon Bon’s on Church St, Wetherby, before going on to open further shops and then a wholesale business now based in Thorp Arch. He sold the business in 2017, retiring two years later.

Mark is now working towards gaining his ML (Mountain Leadership award) so that he can lead groups on the UK and Scottish mountains. He is also in the process of setting up Basecamp, an outdoor charity, aiming to support and encourage children to access the outdoors with a view to helping them see better / alternative futures.

Mark, is a past WHS student and now lives in Wetherby, with his wife Lesley, they have one daughter Emily, who is currently in the process of settling in the South West. 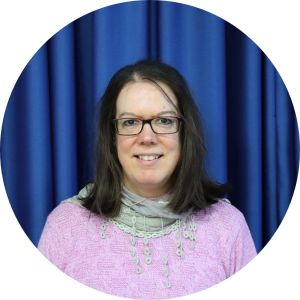 After leaving Wetherby High School at the age of 16 Joanna enjoyed her formative years in a successful career in banking. Since 2010 she started working for The Salvation Army as a Community Worker and Classroom Assistant in the WSA Learning Centre here at Wetherby High School. Over the last 8 years she has acted as Manager in the unit and working with her team has successfully delivered a creative, alternative curriculum meeting the needs of SEND students, writing and delivering a range of BTEC qualifications that help students aim for industry-specific job roles.

A busy mum to eight children she also has three goats, six chickens and a variety of small animals that she regularly brings into school.

We use cookies on our website to give you the most relevant experience by remembering your preferences and repeat visits. By clicking “Accept All”, you consent to the use of ALL the cookies. However, you may visit "Cookie Settings" to provide a controlled consent.
Cookie SettingsAccept All
Manage consent

This website uses cookies to improve your experience while you navigate through the website. Out of these, the cookies that are categorized as necessary are stored on your browser as they are essential for the working of basic functionalities of the website. We also use third-party cookies that help us analyze and understand how you use this website. These cookies will be stored in your browser only with your consent. You also have the option to opt-out of these cookies. But opting out of some of these cookies may affect your browsing experience.
Necessary Always Enabled
Necessary cookies are absolutely essential for the website to function properly. These cookies ensure basic functionalities and security features of the website, anonymously.
Functional
Functional cookies help to perform certain functionalities like sharing the content of the website on social media platforms, collect feedbacks, and other third-party features.
Performance
Performance cookies are used to understand and analyze the key performance indexes of the website which helps in delivering a better user experience for the visitors.
Analytics
Analytical cookies are used to understand how visitors interact with the website. These cookies help provide information on metrics the number of visitors, bounce rate, traffic source, etc.
Advertisement
Advertisement cookies are used to provide visitors with relevant ads and marketing campaigns. These cookies track visitors across websites and collect information to provide customized ads.
Others
Other uncategorized cookies are those that are being analyzed and have not been classified into a category as yet.
SAVE & ACCEPT
Go to Top